An unlikely but powerful combination of punk fury and prog-rock ambition, …And You Will Know Us by the Trail of Dead started out as fiery iconoclasts, gradually refining their attack over a multi-decade career without losing any of their passion. In the late ‘90s, their cathartic live shows and propensity to destroy their gear translated to early manifestos like 1999’s ‘Madonna’, but when they added more control and polish to their music on 2002’s landmark major-label debut ‘Source Tags & Codes’, they created one of the most epic alternative rock albums of the early 2000s scoring a perfect score in their Pitchfor review – at a time when epic rock wasn’t exactly fashionable.

…And You Will Know Us by the Trail of Dead’s fondness for grand gestures, as well as the intricate yet expansive sounds of Pink Floyd and Yes, informed later works such as 2005’s ‘Worlds Apart’, and their maverick spirit led them to release several albums, including 2009’s ‘The Century of Self’, on their own imprint.

The band stayed true to their fervent yet philosophical approach in the 2010s and beyond, resulting in triumphs like 2011’s ‘Tao of the Dead’ and 2020’s ‘X: The Godless Void and Other Stories’, which found …And You Will Know Us by the Trail of Dead celebrating their 25th anniversary with renewed vigor. This summer they’ll follow up with ‘XI: Bleed Here Now’ – their first album ever to be released in quadraphonic surround sound. 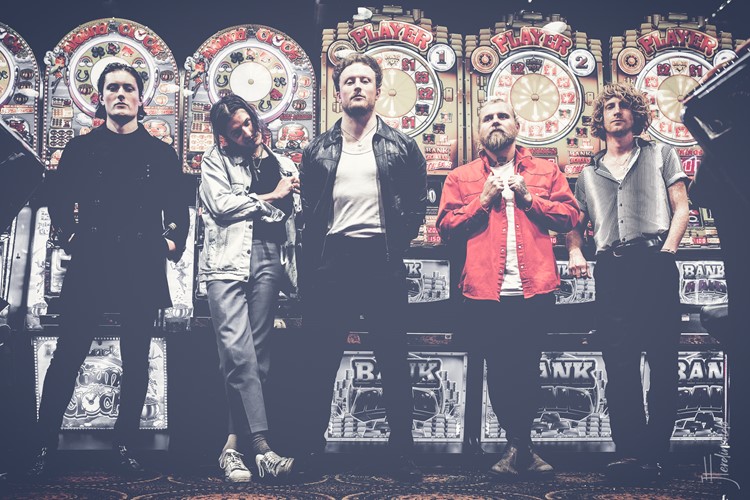 Avalanche Party is feral garage-punk rock & roll from the wild North Yorkshire Moors, hopped up on adrenalin and amphetamines. Their sound is intense and immediate, so new yet so familiar and brimming with an urgency that explodes off the stage like the front lines of a war you didn’t even realize was being fought. Every note played through white knuckles, every word spat through gritted teeth. The beats blast like cannons while the guitars stampede like spooked stallions surging ever onward, snorting, snarling and tearing apart everything in their path.